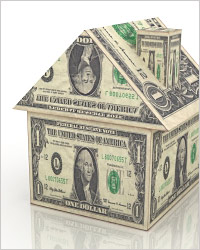 Sales of existing homes ascended to their highest point in seven years in 2013, according to data from the National Association of Realtors, aided by a small gain in December.

"Existing-home sales have risen nearly 20 percent since 2011, with job growth, record low mortgage interest rates and a large pent-up demand driving the market," said Lawrence Yun, NAR chief economist in astatement. "We lost some momentum toward the end of 2013 from disappointing job growth and limited inventory, but we ended with a year that was close to normal given the size of our population."

Yun was referring to the three straight months of declining sales in the fall and the gentle reversal in December. During the last month of 2013, sales rose 1.0 percent to a seasonally adjusted annual rate of 4.87 million, up from November's 4.82 million. That pace was still down slightly, however, from the year before when sales reached an annual level of 4.90 million.

Price and sales growth in December were even more impressive considering how much long-termmortgage interest ratesspiked during the month. The average rate on a 30-year fixed rate home loan increased to 4.46 percent in December, up from 4.26 percent the month before.

Reductions in inventory are pushing Americans to buy at higher prices even with higher rates. In December, total existing home inventory dropped 9.3 percent to 1.86 million units, representing only a 4.6-month supply. With such a limited supply, prices will continue to rise until the market provides more properties for the current demand.