Buying a home is no longer a no-brainer, whether you are buying as an investment or to live in it. 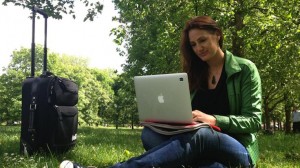 Buying a home is no longer a no-brainer, whether you are buying as an investment or to live in it.

That is the message to draw from current measures of value in many metropolitan markets.

The fundamentals have changed from six months ago, when some economists and analysts said that low prices and low mortgage rates made it a great time to buy a home in most of the U.S.

The latest thinking is a reflection of how far and how fast home values have climbed. In the year ended in November, home prices rose 14%, as measured by the most-recent S&P/Case-Shiller 20-city composite index.

Some markets, such as Las Vegas, Los Angeles and San Francisco, saw prices rise by more than 20%.

In general, "you can't buy now and expect a big gain," says Morris Davis, an associate professor in the real-estate department at the University of Wisconsin's business school in Madison. "There's more risk than there was."

One widely tracked measure of housing costs is the average national home price divided by the average rent. That ratio stood at 14 in the third quarter, according to Moody's Analytics, using the most recent data. That is above the average ratio of 12 between 1989 and 2003, which is considered a "normal," preboom home market.

Another measure of value-national prices divided by income-was 1.8 in the third quarter, compared with an average of 1.9 from 1989 to 2003.

Other metro areas-such as Chicago, Cleveland and Memphis-look relatively cheap, or at least not overpriced, based on both price/rent and price/income ratios.

If you are considering buying a home, there are a couple of easy steps you can take to ensure you aren't overpaying.

No matter how expensive your overall town looks, keep in mind that all real estate is local, says Edward Pinto, co-director of the International Center on Housing Risk at the American Enterprise Institute in Washington.

Mr. Pinto recommends checking the estimated rent of a potential home purchase using the "Rent Zestimate" feature on the website Zillow.com. As a gut check, you can look up actual rental asking prices in the same neighborhood to see how close the estimate comes.

Divide the annual rent by the home price to see how much of a "yield" you would get if you had to rent the home in a pinch. For example, a home with an asking price of $500,000 and an estimated monthly rent of $3,000-or $36,000 annually-would have a yield of 7.2%, before homeownership costs such as maintenance and taxes.

A yield of 8% or more means that buying is a relative bargain, Mr. Pinto says. A number below 5% should make a buyer wary, and something in between 5% and 8% should be safe for a buyer who plans to stay in the same home for at least five years, he says.

The good news is that 30-year fixed-mortgage rates still are low at about 4.5%, close to where they were six months ago.

Given weakness in the economy, there is an equal chance that rates will rise or fall in the next year, making it unnecessary to rush to buy just to capture a low rate, Mr. Pinto says.

If a homeowner does buy, he should expect to about break even if he sells five years down the road, says Wisconsin's Mr. Davis, factoring in selling costs such as real-estate agent commissions.

"You can't buy now and expect a capital gain in the short term," he says. "That's over."