With a few tweaks to your home, you can save money and get more back when it comes time to sell it. 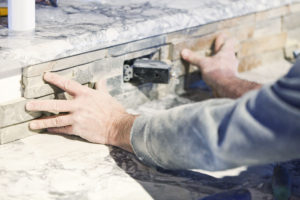 Is adding barn doors to your home the key to selling it for a higher price?

Conventional wisdom would say almost certainly not. But a recent report by Zillow Digs, the real estate information company's home improvement and design hub, found home listings with "barn door" in the description see a sale price as much as 13 percent higher than the expected sale price, based on an analysis of more than 2 million home listings from across the country.

But when you're making renovations to a home, how do you know what's a solid investment? A worthy update can either serve to reduce your cost of living while you remain in the home or add significant value to the home's sale price when you decide to put it on the market.

Throughout any renovation process, it's key to consider mass appeal for the sake of resale value, says Scott McGillivray, a real estate investor and host of the HGTV show "Income Property." You can't guarantee you'll find a buyer with a specific style preference or interest, so leaning on the side of neutrality helps house hunters see the potential to personalize after they've purchased the home.

It helps when the preferences of the general public are obvious. For example, a recent Angie's List survey of more than 100 real estate agents across the U.S. found more than 68 percent believe having a fireplace in a home increases its value. The vast majority of real estate agents - more than 83 percent - see fireplaces adding between $1,000 and $4,999 to the home's value, according to the survey. While such an increase doesn't necessarily warrant adding a fireplace where there wasn't one before, it certainly gives reason to maintain or update a working fireplace for the next buyer to enjoy.

For other updates throughout the home, the kitchen and bathrooms are certainly spots to focus on, even if you can't afford to do a complete renovation.

Gina Giampietro, a Realtor for Re/Max Select Realty in the Pittsburgh area, says she assisted a friend who was looking to purchase a new home, contingent on the sale of her current home within two weeks. Knowing updates would be necessary to sell it quickly, Giampietro noted some updates in the kitchen would be necessary.

The homeowner installed a new bank of cabinets and a backsplash, had the hardwood floors sanded and refinished and had recently put in new appliances. The remodeling costs totaled $4,000, plus the appliances. Comparable sales in the area prior to the updates suggested it would sell for around $109,000. "We remodeled and left it at $109,000, got into a bidding war and sold it for $27,000 higher than asking," Giampietro says.

"It's not that you have to break the bank to update your home to sell. You're not trying to remodel it for the next person, you're trying to make it appeal to a mass market with some updates," she says.

Whether you're planning to remain in the home for a while or looking to freshen up the place to put it on the market, here are some updates that experts today say will give you the most bang for your buck.

Paint. The quickest way to make a room look new again is to add a fresh coat of paint. "Paint has one of the highest returns on investment, but the color choice and the contrast and the variety that you use can have a big impact," McGillivray says. He notes gray is currently a popular color to use, and it comes in a wide variety of shades to offer a different atmosphere as needed. To make it worthwhile, keep any newly painted rooms neutral. Homebuyers often see the amount of work that would go into painting over a bright red wall, and may even ask the seller to paint over it themselves.

Backsplash. Adding a backsplash to your kitchen can take make a world of a difference, and it doesn't have to cost a lot. "You can update a kitchen very easily by painting it and adding a backsplash. You don't actually have to do a full remodel," Giampietro says. The type of backsplash has potential to be significant, too, as the Zillow Digs analysis found home listings mentioning subway tile - the simple, rectangular tile typically measuring 3 inches by 6 inches - sold for 6.9 percent more than the expected sale price. A backsplash isn't particularly difficult to install yourself and doesn't take long to do, but like other DIY opportunities around the house, it's not a project to complete sloppily if you want it to add value and appeal to your home.

Granite. Granite countertops are a favorite for many homebuyers. The Zillow Digs report notes listings mentioning granite sold for 4.1 percent more than expected. But adding granite won't necessarily have the same return on investment in every home. "In Pittsburgh, houses go from $40,000 to a million. You wouldn't necessarily want to do a granite countertop in a $40,000 house," Giampietro says.

Cabinets. Attractive cabinets are key to an enticing kitchen, but that doesn't necessarily require brand new cabinets. The Zillow Digs study found listings mentioning Shaker cabinets specifically sold for 9.6 percent more than expected. If you've got the classic five-piece, framed look that embodies Shaker cabinets and they're in pretty good shape, refinishing or painting is a great alternative.

Bathroom vanity. The bathroom is another key room for buyers, so giving it a facelift prior to sale is important. Like the kitchen, you don't necessarily have to do a massive overhaul. Giampietro says changing out the vanity, or updating its appearance, is a simple way to freshen up the space. "You definitely want to do a vanity update because it's cheap and easy," she adds.

Smart doorbell. When it comes to adding smart home features, a doorbell equipped with a camera that allows you to see and speak with people at the door is a relatively inexpensive and interesting option, says Sabine H. Schoenberg, a Connecticut-based real estate agent. Most brands, such as Ring and Zmodo, cost less than $200, and it will serve as a security barrier for you and a conversation piece for buyers. Plus, when it comes time to sell, Schoenberg says, "Eight times out of 10 the sellers will end up replacing the doorbell anyway because it doesn't work anymore."

Functioning fireplace. If you have one, don't get rid of it. Of the real estate agents surveyed by Angie's List, 54 percent said a gas-burning fireplace increases the home's value most, though a survey of 2,000 homeowners and homebuyers showed 58 percent prefer to have a wood-burning fireplace at home. But what seems clear is having a fireplace of some kind is a positive for your home value.

Energy-saving thermostat. A smart thermostat, like the Nest Learning Thermostat, that can learn your habits and turn heat or air on only while you're home serves as a great potential saver on your energy bills. "What it gives you is cooling and heating when you're there, and not when you don't want it," Schoenberg says. While it might not increase a home's value significantly, the amount you could save on utility bills is worth the $250.

Barn doors. The trendy sliding door is a great way to add an updated look to the room, and it's a relatively simple update with little cost or fuss. Especially if your bedroom closet doors have seen better days, consider a barn door to replace it. But chances are adding a barn door in place of updating a kitchen appliance or the bathroom vanity in desperate need of attention isn't going to help your resale value.

Solar vents in the attic. This update probably won't go widely noticed when it comes time to sell, but solar vents in the attic are worth it if you'll be in the home a while. The vents help to expel hot air in the attic in the summer, Schoenberg explains, which has a tendency to keep your air conditioning working harder to keep the home cool. The solar vents help for some airflow without having to use electricity, and thus are "effective to bring down your utility bill," she says. HomeAdvisor reports most homeowners spend between $342 and $752 for an attic fan installation, including the cost of the fan itself. Installing solar vents will likely cost about the same amount. The vents themselves vary widely in price from $100 to more than $550, so it's best to check out reviews and determine which brand and make would be most effective for your home.

Landscaping. Often undervalued by homeowners when they put their home on the market is the house's curb appeal. As the first thing any house hunter will see when they come to tour the home, it's important to seed any dead patches of grass, mow the lawn regularly and add a bit of color with flowers or bushes without overwhelming the yard. "Good landscaping sells houses. Bad landscaping really makes a negative impact," Schoenberg says.