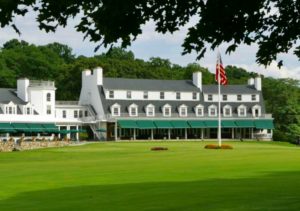 Elmsford is a village in Westchester County, New York. Roughly one mile square, the village is fully contained within the borders of the town of Greenburgh. As of the 2010 census, the population of Elmsford was 4,664.

Though less than one square mile in area, the friendly village of Elmsford is nonetheless full of surprises. It is host to a wide array of homes as well as stores and restaurants with an independent spirit.

Even though Elmsford is tiny—a little over one square mile—it is far from remote. The halfway point between White Plains and Tarrytown, the unpretentious village sits at a nexus of major highways, including I-287, the Saw Mill River Parkway, the Sprain Brook Parkway, Route 9A (Saw Mill River Road), and Route 119 (Tarrytown Road). As such—and despite its lack of a picturesque Main Street in favor of multi-lane thoroughfares—the town has become attractive as a hub for local businesses in its many office parks, as well as restaurants, discount stores, and entertainment destinations and the Westchester Broadway Theatre.

Halfway between White Plains and Tarrytown, Elmsford is just over a 30-minute drive from New York City and at the intersection of many major highways.