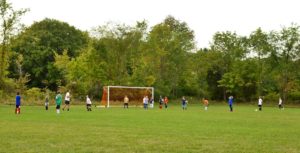 Lewisboro is a town in Westchester County, New York. The population was 12,411 at the 2010 census. The town is named after John Lewis, an early settler. Lewisboro, with a population of about 12,000, consists of a number of hamlets, including Cross River, Waccabuc and South Salem. While each have their own distinct personalities, all maintain a friendly atmosphere and pristine, the latter thanks to decades of committed preservation work. The east town line is the border of Ridgefield, Connecticut. Interstate 684 passes near the west side of the town. The town’s unusual chevron shape is partly the result of The Oblong, created during the resolution of the boundary dispute between Connecticut and New York. According to the United States Census Bureau, the town has a total area of 29.1 square miles, of which 27.9 square miles is land and 1.3 square miles, or 4.36%, is water.

Lewisboro is a horseshoe-shaped town on New York’s eastern border with Connecticut, spread out over almost 30 square miles of woods, open land, and lakes. Wrapping around Pound Ridge reservations, the town consists of the hamlets of Cross River (with a shopping center and John Jay High and Middles Schools); South Salem (home to the town park, library, and town offices); Goldens Bridge (with a small shopping center and Metro-North station); and Waccabuc (all residential except for a country club and post office) to the northeast, and Vista (with a shopping corridor) to the southeast, close to the New Canaan border. The dearth of commercial development is in keeping with the rural, rustic feel of the community. Indeed, preserving open space and dirt roads is a priority for many residents. Hiking and bike trails abound; the seven lakes are surrounded by close-knit beach communities. There are a few townhouse and condominium development throughout the town, and homes range from contemporaries to homesteads dating back to the 1700s.

The drive from Lewisboro to Manhattan runs about an hour. The train from nearby Katonah to Grand Central takes about 70 minutes.