Mount Pleasant is a town in central Westchester County, New York, approximately 35 north of New York City. It is bounded on the north by the Towns of New Castle and Ossining, on the south by the Town of Greenburgh, on the east by the Kensico Reservoir and the Town of North Castle and on the west by the Hudson River. Within its boundaries lie the incorporated villages of Pleasantville, Sleepy Hollow, and a small portion of Briarcliff Manor. The remaining area of the Town is unincorporated and includes the hamlets of Hawthorne, Thornwood, Valhalla and Pocantico Hills. According to the United States Census Bureau, the town has a total area of 32.7 square miles, of which 27.7 square miles is land and 5 square miles, or 15.26%, is water. The Town has a population of 43,724. as reported in the 2010 Census.

The topography of the Town is one of gently rolling hills with large areas of open land including State, County and local parks, watershed protection lands and several cemeteries. The Pocantico River and Pocantico Lake traverse the Town from north to south where they empty into the Hudson River at Kingsland Point Park in Sleepy Hollow. The Town’s largest body of water is the Kensico Reservoir which is located in the eastern portion of the town and forms the boundary between Mount Pleasant on the west and North Castle on the east. 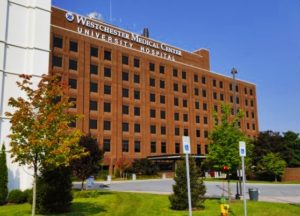 With its lush, sprawling landscape, hiking trails and climbing paths, the predominantly residential town of Mount Pleasant — which includes several smaller hamlets — is great for those who love the outdoors.