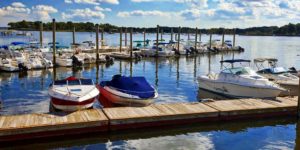 Since its beginnings as an industrial boat-building community (it was formerly known as “Saw Pit”), Port Chester has evolved into a food Mecca with a buzzing downtown restaurant scene, including Tarry Lodge, F.I.S.H., Sonora, Alba’s, and The Willett House. Points of interest include the 1920s Capitol Theater, the Landmark Condominium (the former Lifesavers candy factory); and a 75-plus-slip marina along the Byram River. Port Chester has six parks for general recreation, including picnicking and sports. At Columbus Park, a water-spray playground was installed for relief during hot summer days.

This dynamic, growing city is the last town in New York State before Greenwich. A lively, diverse downtown with excellent culture and dining is complemented by more suburban areas and green spaces.

The commute from Port Chester to Grand Central via Metro North takes 52 minutes-or, a few minutes less during peak hours.