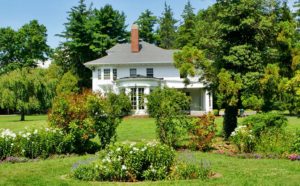 Rye Brook is a village in Westchester County, New York, within the town of Rye. The population was 9,347 at the 2010 census. According to the United States Census Bureau, the village has a total area of 3.5 square miles (9.1 km2), all of which is land.

Unlike most Westchester communities, Rye Brook does not have a designated town square to attract all who pass by. Instead, it relies on a low-profile intimacy that creates a quaint atmosphere among its residents.

This tiny quintessential bedroom community—less than 10,000 people live within its three-and-a-half miles. You’ll find tidy split-levels and Colonials on neat, manicured lawns. And while there is no downtown center, per se, in Rye Brook, three active strip shopping centers, including the fashion- and Rye Ridge Shopping Center, serve as informal spots for congregating and catching up with one’s neighbors.

The village offers several lovely parks; its crown jewel is the 35-acre Crawford Park, featuring ball fields, tennis courts, a playground, and the historic Crawford Mansion. Rye Brook is also home to the private Blind Brook County Club, the Rye Town Hilton, and the sprawling Doral Arrowwood Resort and Conference Center; the latter offers a nine-hole golf course that is open to the public.

During peak hours, the trip from nearby Rye Station to Grand Central on Metro North will take about 40 minutes.