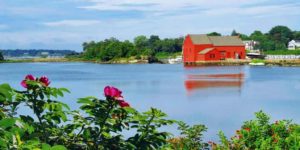 Rye is a city in Westchester County, New York. It is separate from the town of Rye, which is larger than the city. Rye city, formerly the village of Rye, was part of the town until it received its charter as a city in 1942. The population was 15,720 at the 2010 census. Rye is the youngest city in New York State. No other city has been chartered anywhere in New York State since 1942.

Many call this, the county’s smallest city—approximately 15,000 residents live within its six square miles—its loveliest. And with good reason. This exclusive, picture-perfect community boasts an expansive Long Island Sound beachfront and a quaint New England-like downtown shopping district complete with town square and dotted with fashion boutiques, gift galleries, and its very own “Restaurant Row” of both fine-dining establishments and eateries. Its immaculately maintained homes—some of the region’s most expensive—include everything from quaint Victorians and refurbished Cape Cods with charming white picket fences to historic, old-money estates tucked behind gates, many with spectacular water views.

Rye is also home to the famed art deco Rye Playland, an historic amusement park and designated National Historic Landmark, and its old-fashioned boardwalk. And while it has more than its fair share of private golf, yacht, and beach clubs, the city’s own public Oakland Beach and Rye Golf Club, the latter featuring an 18-hole course, swimming pool, and historic castle for fine dining, are equal to them all—and at much more pleasing price points.

Discover this Westchester gem with miles of coastline on Long Island Sound and a wealth of local shops and restaurants.

During peak hours, the trip from Rye to Grand Central on Metro North will take about 40 minutes.